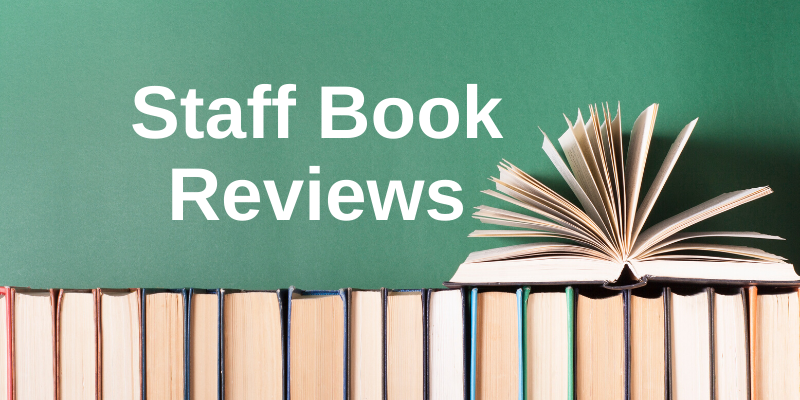 Need a new book to read? Check out what we are suggesting.

The Selection by Kiera Cass

Dystopian monarchy meets Bachelor. This is a fun, easy summer read with one of the sweetest YA hero love interests ever. Has excellent world building that is informed by America’s, the protagonist, perspective and always relates back to the character’s main conflict: deciding what her goal is and how she wants to achieve it.

The Cruel Prince by Holly Black

Great summer book to escape into. Black transports the reader into the magical, deadly world of faerie courts, and shows why it is so dangerous for humans. Jude, the protagonist, is bold, angry, and ready to take control of her life even though she is not sure how she is going to do it.

Josh and Hazel’s Guide to Not Dating by Christine Lauren

Fun romance between a straight laced Korean hero and proudly weird and quirky heroine. Hazel has fun inner dialogue and there are plenty of hilarious failed dates. A friends to lovers plot that inspires all the warm and fuzzy feelings.

Miller brings to life those great characters of myth, like Circe and Odysseus, and makes them human. The imagery is dreamy and lyrical without softening or sugar coating any  harsh and difficult topics. Basically a greek urn brought to life.

Summer of ’69 by Elin Hilderbrand

The extended Levin family summers on Nantucket.  Three generations of stories unfold and weave together, drawing you into the summer ice cream days, and starry bon fire nights along the shore with the locals, summer residents and visitors.  Hilderbrand brings together the privileged and the not-so-privileged, and doesn’t disappoint.

In her Brother Cadfael series, Ellis Peters details the life of a soldier turned Benedictine monk in the 12th century.  Formerly a soldier in the Crusades, Brother Cadfael turned to the monastic life, seeking peace. He acquired the skill to treat illnesses and to help solve crimes.

The sudden arrival of two Benedictine monks is the center of An Excellent Mystery.  In Brother Cadfael’s Penance, my favorite, the monk is confronted with a potentially life-altering decision that may cost him the monastic life he cherishes.

Peters language is lyrical and rich in imagery.  She is a master storyteller.  Few characters have stayed with me as has Brother Cadfael.

The City Baker’s Guide to Country Living by Louise Miller

Olivia Rawlings is looking for a bit of a change, she’s a pastry chef in Boston, but is running from a sticky situation of her own making.  Her closest friend, Hannah,  is her haven, and she pulls her car and dog into a sweet life and temporary job in Guthrie, VT, where Hannah lives.  Small town talk, opinions, and feelings, and new baking traditions have Olivia questioning her return to the big city.

Behold the Dreamers by Imbolo Mbue

Diane Keaton talks about her personal and professional life with the quirkiness and humor that have come to define her.  She dedicates her book “To All the Women Who Can’t Get to Right Without Being Wrong.”  Her opening discussion about successful women quickly transitions to more personal conversations about her romantic and platonic relationships; her roles as mother, daughter and actress; and the emotional and physical challenges in aging.   I see in Keaton someone who has chosen to mature gracefully.  She writes of her professional roles, “Someone has to play the hopes and wishes of women in my generation.”  Who better than Keaton! Her book is an easy, funny and sometimes poignant read.

The Way I Heard It by Mike Rowe

Mike Rowe at his finest and funniest in a series of short stories about actual people and events but with a twist that never fails to surprise and entertain.

Anthropoid is a heart pounding, soul-wrenching movie, based on true events.  The film focuses on Jan Kubis and Josef Gabcik, two of seven agents slated by the Czechoslovak government in exile to assassinate SS General Reinhard Heydrich.  Heydrich, the “Butcher of Prague,” was the third top official in the Third Reich, and the highest-ranking officer to be killed during the war.

Jamie Dornan and Cillian Murphy render powerful performances as Kubis and Gabcik, respectively.  Despite the dark subject, Anthropoid is a tribute to the daunting courage of the agents and resistance fighters, and to the citizens who harbored them.  Most of all, it is a testament to the valor of a nation which fought fiercely to reclaim its democracy during a dark and ruthless era in history.

Check out Sarah’s videos as she discusses different books. More can be found on the library’s YouTube page.